I chose to fly to Porto/Portugal in July for the 9th Urban Sketching symposium (Usk).

I told myself this could be a good idea to meet friends again and to meet Internet friends for the first time in real life, … but I hadn’t actually contemplated very much that this would also be an opportunity to make new friends, and new friends were made … plenty!

I came back feeling like a “real” Urban Sketcher, whatever that means. At least I feel I’m doing the right thing now.

I went to Porto with a rather complete set of tools, watercolours, aquabrush, pens, pencils (graphite and coloured), but ended up finding myself very very very comfortable with a fountain pen or a fine liner. The line monster got me. Colour was removed from the menu for me and I was completely happy, slowing down and just making lines, lines, lines. Then all of a sudden, I was writing on my drawings. Something I’d been quite frightened about up until then.

This change happened after spending hours and hours with fellow sketchers, listening, watching and exchanging ideas. I heard about the contents of a few workshops (as I had no workshop pass) and was influenced by peoples’ styles and just let go of what wasn’t working for me: colour.

(Note on Workshops: actually I’m quite happy I didn’t take any, I’ve had so many in my time, I believe it is nearly 20 by now and I enjoyed listening to my fellow sketchers talking about their new found knowledge.)

Before I left for the Smyposium, I asked Bernard Hornblower who had been to the last symposium in Chicago if he had any recommendations.

Here is the list of recommendations/tips and my remarks on them (based on my first hand xp):

And here is what I drew in Porto and how I’ve continued in Bonn:

View from my hotel window. 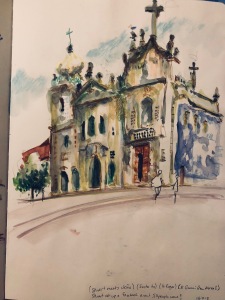 I set up a Facebook event before the symposium started

Out in Porto at lunch time with my “Birmingham” connection. 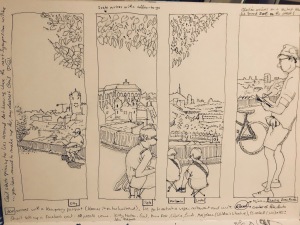 Second Facebook event I set up, only a handful of sketchers came this time, but all the cosier!

After waiting (with fellow sketchers) for hours before going up to register for the symposium, I sat between friends and drew a bit of Porto. Line is starting to prevail. 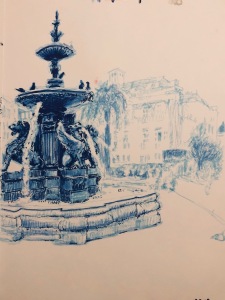 First sketchwalk on the first day of the symposium. Met some wonderful people here.

Sketching with some of my most cherished drawing “heros”. Now I think I understand, there is no olymp, we are all equals. I love it. 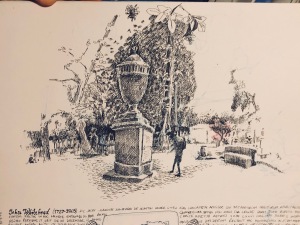 Chilling for 2 hours in the British cemetry (this drawing took me 2 hours). Wonderful things happened at the cemetry. I made new friends, wonderful friends.

Having some quality time on my own and later with a friend in an expensive hotel cafe. And drawing a panorama view of Porto’s sister town Gaia.

Second sketch crawl I went to, where I joined up with new people again. Writing starts to appear in me sketches. 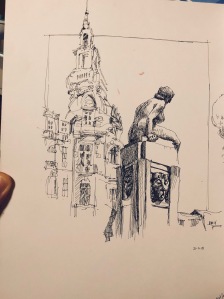 Sktchy app meetup on last day at very last sketch crawl. Such a happy but also sad event (symposium finishing slowly). I lent a friend my stool. He enjoyed the change. 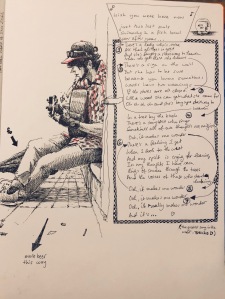 Last day, spent with a friend, drawing and writing. 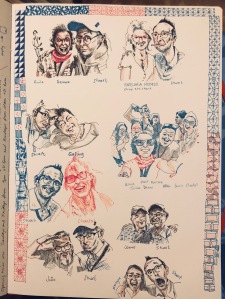 Back in Bonn and copying photos and tiles from Porto.

Off for a bit of Urban Sketching in Bonn on Wednesday. 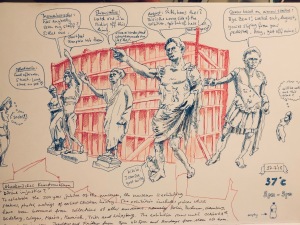 And again. On Friday.

And meeting with fellow drawers on Monday.

And going to life drawing on Tuesday.

8 thoughts on “Am I an Urban Sketcher” 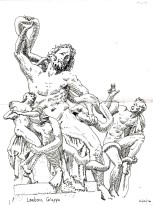 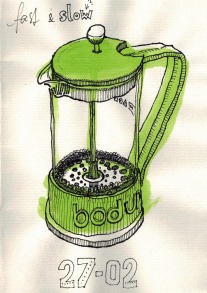