I bought an easel, a few months ago and I cleverly set it up in my main room at home. A chair is always placed right in front of it. Hoping to make the daily usage of it simple and inviting.

I started drawing quick gestural poses when sitting there, then I started rendering a few of them, capturing the play of light. Then that petered out and the easel became just another part of my living room. The easel was being ignored, blended out.

Hours/days/weeks were spent on the couch (mere centimetres from the easel), watching films, reading books. By now I was also no longer performing daily quick gesture drawings. I still had my weekly life drawing, and sometimes, that was all I turned out for a complete week. I started asking myself if I had chosen the right hobby, I was on a really long stretch of self delusion. Eventually, I started wathing Stan Prokopenko and Marshall Vandruff’s Draftsmen podcast on Youtube (I have mixed feelings about them) and let myself get inspired into returning to the easel.

Now I’ll sit at the easel for a few minutes or even an hour, and knock out a portrait every other day. I’m trying not to be too hard on myself, I know I’m just copying from references, but I’m trying to model the bones, muscles and planes of the face and not only copying the tones.

It’s hard, I fail a lot. But I can already see a little bit of improvement. 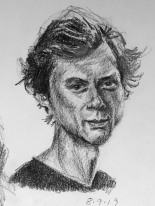 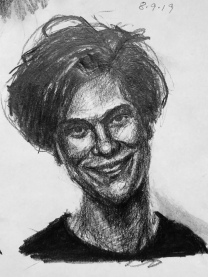 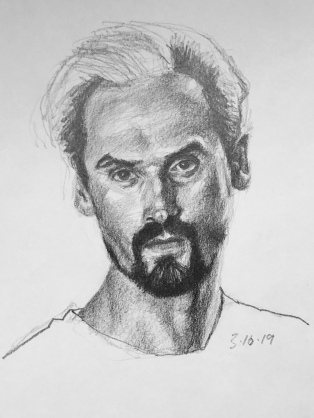 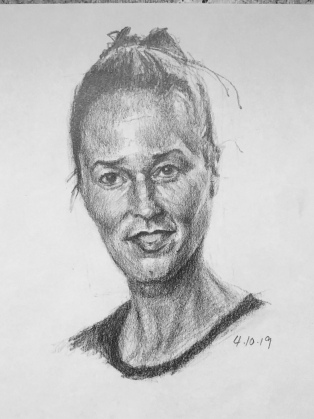 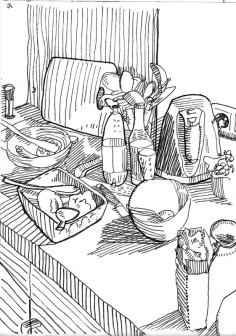 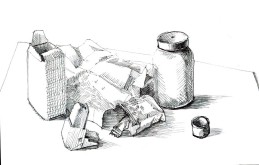 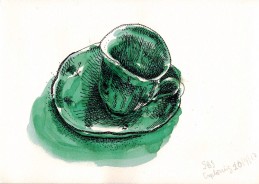